The Secrets of Cognac

On our Cognac and the Charente Tour, we always visit one of the legendary Houses that make this very special brandy, such as Courvoisier, Martell or Hennessey. And of course, as well getting the lowdown on how the spirit is produced, we always sample the product at the end of the tour! If you would like to know a bit more about this king of spirits, read on!

In the 16th century, Dutch traders were making bases along the west coast of France to supply both Holland and its worldwide empire. Although the famous clarets of Bordeaux were very popular, keeping the wines in good condition over long journeys was problematic, so a few enterprising traders started distilling the wine into eau de vie, the generic name for spirit drinks (whisky is derived from the Gaelic for "Water of Life" which means the same thing). The distilled spirits could be transported without degrading, and proved popular in their own right. The Dutch merchants called their product brandewijn (‘burnt wine’), and this became corrupted by English merchants as "Brandy".  The traders also realised that they could up the alcohol content, and therefore save space, by double-distilling the spirit, and this became a feature of the region.

In the Eighteenth Century, with Dutch influence waning, other merchants arrived and founded the great Cognac houses; Jean Martell the first in 1715, followed soon by Rémy-Martin, with Richard Hennessey arriving from Ireland in 1755. These years saw the glass technology evolve so that it became possible for the brandy to be shipped in bottles, rather than casks: this advance saw for the first time the name Cognac appearing on the end product, so that consumers would know where their drink came from, and because of this the reputation of quality for the eaux-de-vie from the Charente region became established. 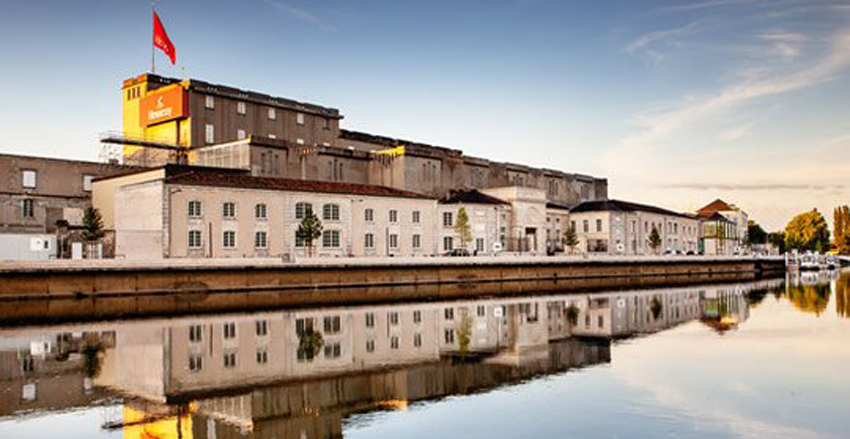 Unlike prestigious wine growers, Cognac producers do not grow their own grapes, but rather buy in from growers surrounding the towns of Jarnac and Cognac. Our Cognac and Charente ride takes place entirely within the catchment area for these grapes. The grapes used are not the familiar ones known to wine connoisseurs, being Ugni Blanc (known to Italians as Trebbiano), Folle Blanche and Colombard; these together have to make up 90% of the grape content in order to qualify for the Cognac appelation. The wine, always white, used for Cognac production is rather acidic and not particularly drinkable, but does have great attributes for distillation and aging. The grape growing area is divided into more- and less prestigious areas; briefly, the closer the vineyard is to Cognac and Jarnac, the more prestigious. These grapes will command higher prices and generally make up the bulk of the production of the big Houses.

After pressing , the grape juice is left to ferment for 2-3 weeks, during which natural yeasts turn the sugar to alcohol; typically the resulting wine has 7-8% alcohol. The wine is then distilled twice in traditional Charentaise copper alembic stills, construction dimensions of which are prescribed in order to receive the cognac appelation. The resulting, clear, eau de vie has around a 70% alcohol content.

The eau de vie is placed in oak barrels (from the forests of the Limousin to the north or Tronçais to the east) for aging. The minimum that the brandy must be aged before it can be legally sold as Cognac is 2 years. During this time it takes on flavour and colour from the wood, which has been toasted to enhance these aspects. The spirit loses volume through transpiration of the wood - the element lost to the atmosphere is known as the part des anges or "angels' share". Because alcohol is more volatile than water, a greater proportion of alcohol escapes, meaning that the brandy reduces in alcoholic content at roughly 4% per year so that after 10 years in the barrel the alcohol content is about 40%. Oak barrels only stop contributing flavour and colour after 40 or 50 years, so some barrels may be very old indeed!

When a Cognac is bottled and sold, its classification depends on the youngest spirit used in the blend. The classifications are as follows:

The abbreviations are of English words because the British were heavily involved in the export of Cognacs when the categories were introduced.

Cognac is often taken straight, and makes a great after dinner digestif. Usually poured into a balloon shaped glass, connoisseurs will warm the glass with the palm of their hand as this helps release the volatiles and enhances the flavours, which can contain notes of vanilla, nuts and flowers, and spices and candied fruits in very old cognacs.

However, as our visits will prove, the Cognac makers are not in the least precious about using their goods in cocktails! Cognac is less harsh than many other spirits, and brandy cocktails are very drinkable. Some of the more famous creations you might like to try:

For a Between the Sheets, follow the Sidecar recipe but replace half the cognac with 25ml of white rum.

A very simple drink which was introduced to us at the Courvoisier distillery in Jarnac was a measure of Cognac over ice in a tall glass, topped up with ginger beer and a twist of orange peel. Absolutely delicious, and perfect for summer evenings!

The other secret of Cognac!

As you cycle along the River Charente and through the fields of sunflowers and vines on our Cognac and the Charente tour you will see signs on driveways and farm entrances for Pineau. Pineau, which is short for Pineau des Charentes, is the aperitif of choice in this part of the world. According to legend, a winemaker accidentally put unfermented grape juice into a barrel he believed to be empty, but unbeknownst to him contained a significant amount of eau-de-vie. When the barrel was opened a couple of years later, the resulting liquid was found to be absolutely delicious and a few enterprising winegrowers set about recreating it.

These days, cognac is added to unfermented grape juice (the assemblage must be done on the same day as the harvest to qualify for the Pineau appelation) and then matured for up to 2 years, including 8 months in oak casks. The resulting drink is around 17% in alcoholic content. Depending on the grapes used (white grapes are the same as for cognac, for red and rosé the Bordeaux grapes of Cabernet and Merlot are used) the Pineau is a deep amber colour (white grapes) or mahogany brown or dark pink in the case of reds and rosé.

Pineau, served chilled to 8 degrees, is the perfect pre-dinner drink; we always include a pre dinner pineau on the first night of our Cognac tour to welcome everyone to a fabulous week in the saddle. 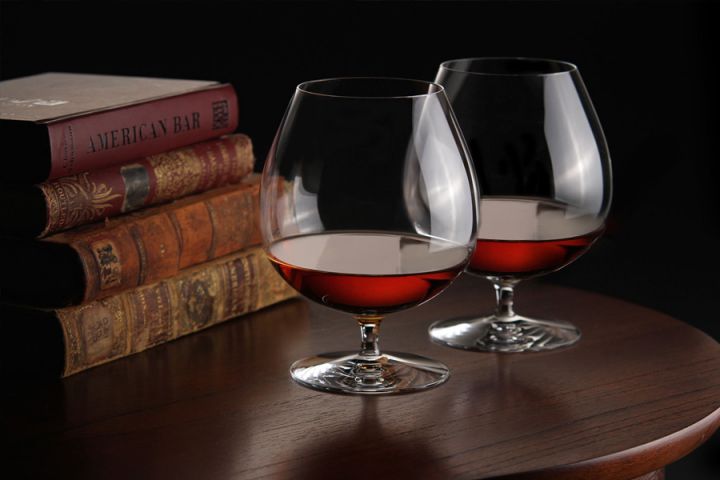