When one thinks of French culture, the mind immediately springs to artists like Monet, Cezanne and Gauguin, to composers like Debussy, Ravel and Saint-Saëns, the films of Truffaut and Godard, the writing of Baudelaire and Voltaire. French popular culture is often dismissed as a pastiche of Anglophone originals, especially in popular music, where the likes of Jonny Halliday is a French national hero, but few outside of France would see as anything but a pale imitation of Elvis Presley.

There is, however, a particularly French music form which is still hallowed in France and has influence all around the world: la chanson.  Literally ‘french song’ in French, chanson français has a different very specific meaning. Chansons are lyrically driven, rather than by the beat, the meter takes account of the rhythms of the French spoken language. Chansons tell a story and the delivery is very important – it takes an accomplished performer to deliver the song with the emotion and drama that it requires – the great artists are as much actors as singers.

The roots of the form lie in the medieval troubadours who would travel round Europe playing to the courts of Royals and Noblemen; with their limited instrumentation a catchy tune was less important than a good story. The chanson evolved into its current form around the turn of the twentieth century, and with the advent of recording facilities there is a rich archive of the artists of the twenties and thirties.

Edith Piaf is probably the best known of the chanteuses, especially since the release of the film starring Marion Cotillard in 2007. Indeed, many of the most recognisable chansons for Anglo audiences have come through their usage in films and advertisements. You may remember the scene in A Good Year starring Russell Crowe when the band plays Boum! by Charles Trenet as the heavens open on his romantic dinner (incidentally that romantic dinner takes place in the square in Gordes - you can have lunch there on our Provence Villages of the Luberon tour!)

Many songs were used as political and social commentary - Jacques Brel and Georges Brassens sang songs that were often darker and more politically pointed. The way that chanson allows dense lyrical content without need for the repetition and catchy chorus often found in American and British popular music, means that social and political themes can be developed in greater detail than mere sloganeering. Below is Georges Brassens singing Supplique pour être enterré à la plage de Sète, or "Plea to be buried on the beach at Sète". Sète is the starting point of our Mediterranean tour and Brassens is buried, not in the sea , but in the sailor's cemetery at the top of the hill, looking out over the Mediterranean. The Brassens museum there is a great tribute to a local icon.

The chanson is still adored in France even though it can sound old-fashioned to the uninitiated. This is maybe because apart from Halliday, the French never had real pop and rock icons like the Beatles and Rolling Stones, but mainly because it is a living part of French heritage, of which they are fiercely protective.  Although the French language might be a barrier to entry into the world of the Chanson, luckily some western writers have taken the tunes and rejigged the lyrics so these final tunes, by Claude François and Charles Trenet  might be very familiar to fans of Frank Sinatra and Bobby Darin... 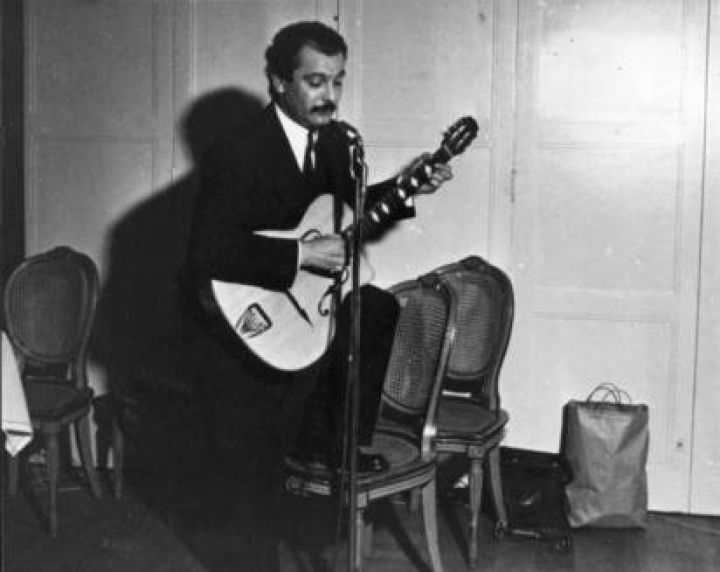