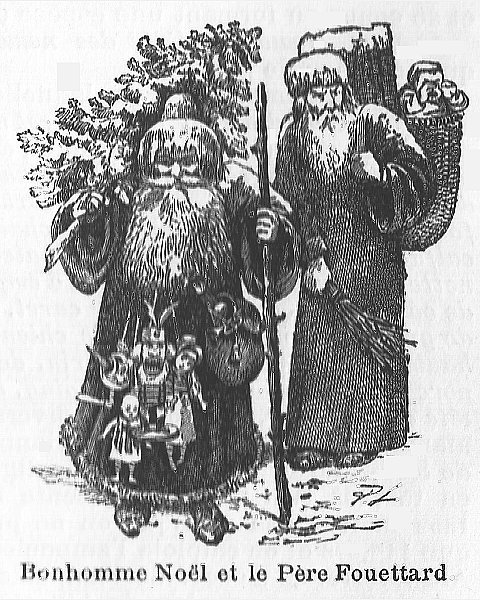 Many countries have different takes on familiar Christmas traditions, and France is no different! While in the Anglosphere, it is Santa who decides who has been naughty and who has been nice, and gives and withholds presents as a reward or a punishment, but in France, Father Christmas has a more sinister companion to deal with the misbehaving children!

Père Fouettard is Saint Nick's companion who accompanies him as he travels round France giving out presents to the good children. Père Fouettard; which literally translates as 'Father Whipper' hands out lumps of coal, and according to tradition, a beating or whipping! Fouettard’s appearance is described to be an older man with a sinister face. He wears a dark robe, has an unkempt black beard, and carries a whip or a club. His face is also usually darkened with soot. 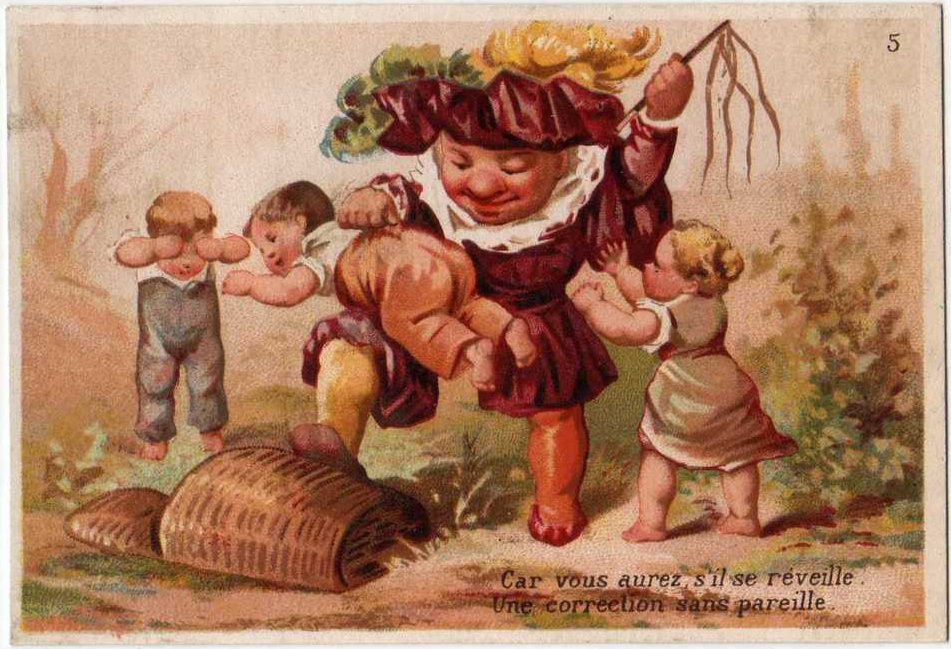 Legend states that Père Fouettard was a butcher (as in someone who sells meat!). During a particularly hard winter, three boys went searching for food and became lost. They found the home of the butcher and asked him for shelter for the night. The butcher agreed but then as soon as he had their trust, chopped the children into pieces! He planned to sell their meat in his butcher's shop. St. Nicholas then arrives, and miraculously brings the boys back to life. The butcher repents, and begs St Nick to allow him to atone for his crimes. So, he became Saint Nicholas’s companion, serving out of loyalty and gratitude.

So, we wish you all a Merry Christmas, and may your only visitor on the night of Christmas Eve be the big jolly guy, and not his lesser known companion!